Altanai is a telecom VOIP engineer who mostly works on WebRTC-related and streaming-related projects. She has also written a book on WebRTC. Ramudroid is one of the pet projects that she has pursued very lovingly over the years.

Why is it important to have such projects?

It is important because there's littering and dumping all over our country. People simply litter the roads, and every morning when you go for a jog, you will see plastic cups, other types of trash, and litter that people carelessly toss around. A pile of garbage encourages more people to throw garbage at that place.

So, if you look at the figures, a lot of plastic, which is recyclable by the way, is not even collected. If it's not collected, it's not processed. So it doesn't even reach the collection centers, which do solid waste management.

Our idea is to focus on this recyclable area, which we can autonomize through our robot. You must have also learned about other kinds of robots that do cleaning and which are used for indoor cleaning. Other kinds of vacuum cleaners and manually operated big trucks are available, but they all have their own areas where they can operate. Some of them operate on vacuums. Some of them are so large scale that they just pick up those black trash bags, but our area is not there.

Our area is to pick up cups, leaves, wrappers, and plastic bags, which are all around us. And also do streaming to find out who the regular defaulters are. So let's say the robot is cleaning and it's for consecutive days at sea. Somebody continuously literate will tag that person and take a snapshot of that person and report it.

So let's just see how a simple project like this has evolved over the years.

This was the earliest, very primitive architecture. It was shared in order to get started. Then there was probably one or two versions and then version five, which was, as you can see, a very small bin size.

The modules in that it's the same process. The three-brush system is the same, but the other components are open. It's untidy, but over the years it's been tidied up.

You can see a little bit more organized clutter at the back and a bin to take on more garbage.

And then, finally, v7.5. The bin here is larger, can hold more garbage, and is much more neat and tidy. It's not as vulnerable to rain and dust as the earlier models. So it's a little shielded.

The prime area, which was focused on for version 7.5, was to use solar energy in order to increase runtime from 20-30 minutes, which was provided by the lead acid battery. A solar panel is used at the top to maintain a continuous flow of energy.

Previously, there was peer-to-peer streaming for streaming purposes. But now there is an EMC-based architecture so that it can stream to multiple peers but it doesn't have to face the bandwidth load of doing that. It can take 10 kg of weight on motors and wheels, including the weight of the garbage, which is 50% of its weight.

So let's get onto the road map.

Let's say this is the goal point and this is the path, but it's not possible that the robot goes exactly on the path without any integration, especially when it has to navigate obstacles or it has to go pick up some litter at an angle and then again come back to the coordinate system.

How do you choose the coordinate system?

She manually trained it using a lead vehicle. Basically, Altanai was the lead vehicle, and the robot followed her initially to track the path that she wanted to track every day. Then that set of coordinates is the path, and then she traveled that path over and over again, correcting its orientation errors every time.

This is called the "carrot approach."

Now it has been upgraded to use something called a LiDar. It is kind of like a radar. But the advantage is that it gives an accurate distance in the range between the present point and the goal point. It does efficient path dressing.

Another thing that we would like to focus on is segregation. Segregating the garbage at source is an area where even the government is focusing on electronic waste and dry waste, which is a good problem statement to start with. And there is other hazardous waste that it is not a good idea for a human to try and pick up. So it has to be a robotic process like in medicinal waste, hospital waste, things which can have germs and bacteria of all kinds.

So this project is completely open source. You can find it on Github. 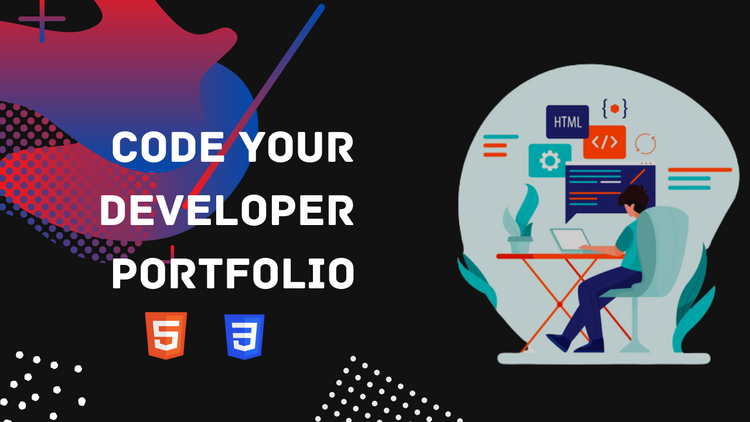 Learn how you can create your own developer portfolio using pure HTML and CSS to grab that job. We cover everything from extreme basics and make the website. A person even with little knowledge of Web Development will find this blog useful.
Sep 4, 2022
10 min read
Aug
31

Explaining Machine Learning with real world examples and getting started with your first ML project. This is a transcript of Git Commit Show 2019 talk.
Aug 5, 2022
6 min read
Jun
24

An insightful discussion on building focus, as happened during an Invide community event. In this digital world where machines are becoming smarter in getting our attention, how can use protect our limited attention from distractions and direct it towards what truly matters to us?
Jun 24, 2022
4 min read
Jun
10

Introduction to career in Developer Relations

Various new roles are emerging in tech. Developer advocacy is one such emerging role these days. Check out what was discussed in this event on Developer Relations topic and how you too can explore this field starting out as a developer.
Jun 10, 2022
3 min read